This is part III of a project.
Part II is here.
Part I is here.

Now that I have moved into a place with a yard, I can spray sealant whenever the weather permits. This let me get on with my Minifee mod project.

(Good News: Gradually I will be moving my studio operations here to my home, and when I have an In-House studio I get a LOT more work done.) 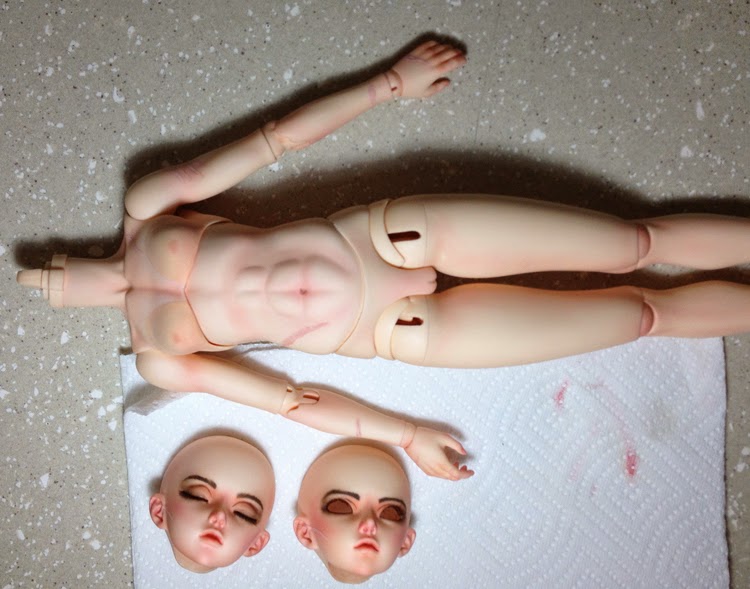 I was able to blush Moira and give her the scars appropriate to someone who fights. I got her a head set at last, and those got faceupped to match. She is a Minifee Mirwen sculpt. (In this pic her chest piece looks like it really doesn't match the rest of her, but that's an optical illusion- only her bust does not match, and it'll be under clothes.) 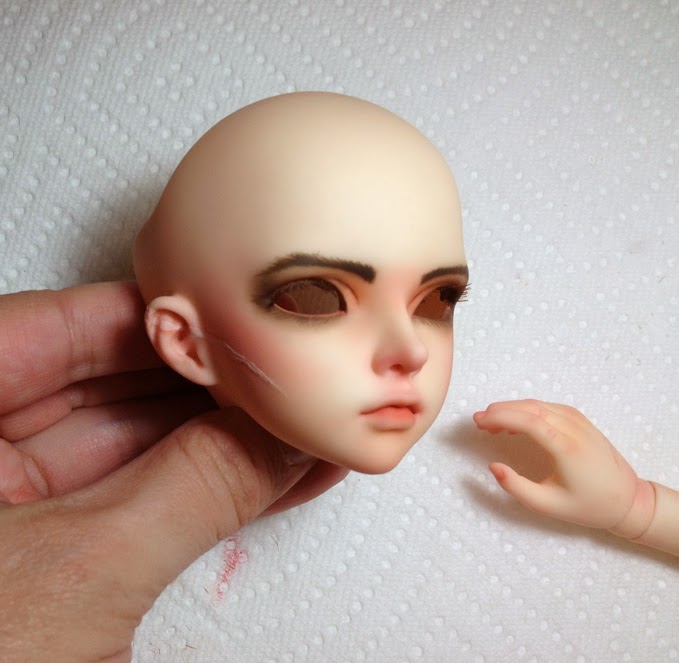 Here's a close look at that faceup and her hand with all the little scars and nicks on it.
The only thing I've left undone is to give a touch of satin gloss to her fingernails and lips, and that's because I don't have gloss here. I'll have to fetch it from my downtown studio. 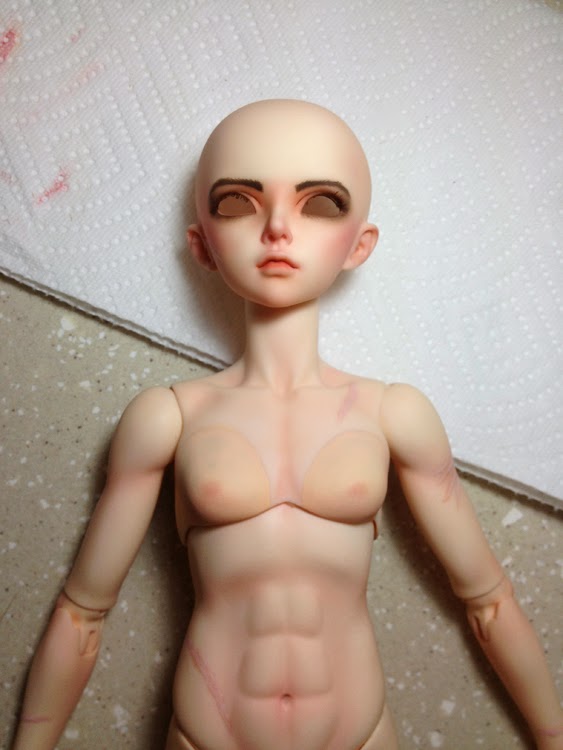 Here's the full effect of head finally on shoulders! I am so excited to finally have her in one piece! I was worried the head wouldn't match the dynamism of the body, but I think the Mirwen sculpt's strong brows and resolute expression make it work.
(Yes, I know her breasts don't match the resin- I got it as close as I could, and gave her a hint of nipples so she wouldn't look too weird to me, but she's never gonna be in shoots fully topless so it doesn't matter that the paint is not perfect.) 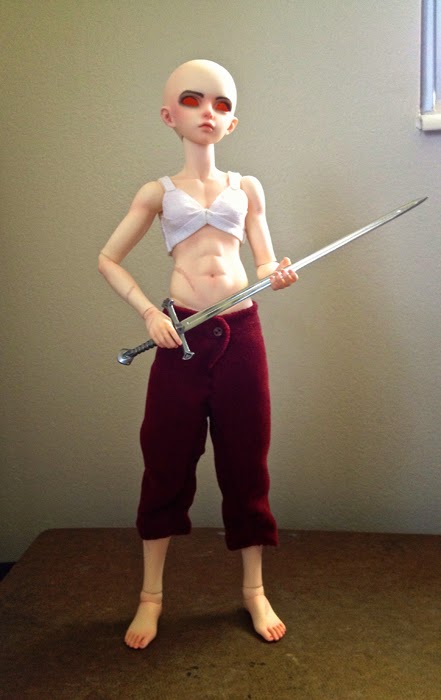 Here's how she looks so far! I've made her a burnt orange tunic and these little cropped short pants. I tried to make her some shoes but I am not happy with the results yet. Besides, she needs boots. I'll have to make them myself because no one sells what I want her to wear. Sigh, story of almost all my dolly wardrobes. I think this here is what she'd wear while she's working out- just pants and her 'bra' top. 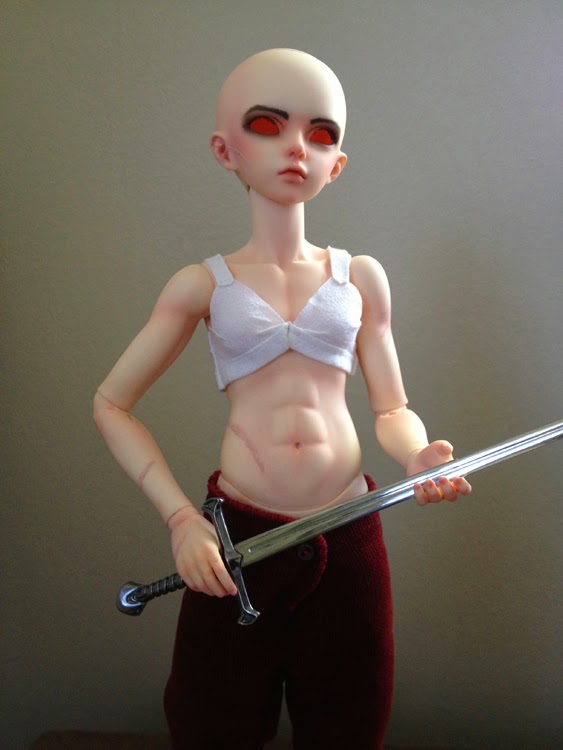 Annnnnd that's as far as we've gotten! I got her sword from eb@y, if anyone is looking for similar.

So far she lacks eyes and wig, but there's a Doll Fair coming to my area soon, and while it's mostly traditional vinyl and china dollies, in the last few years there have been a few people selling BJD things and supplies as well. I'll take her to the Doll Fair with me and get her some eyes and hair. I love the thought of being able to try wigs on her before I buy them. Some looks will just not work for her. I am imagining her with probably brown hair, but we'll see. 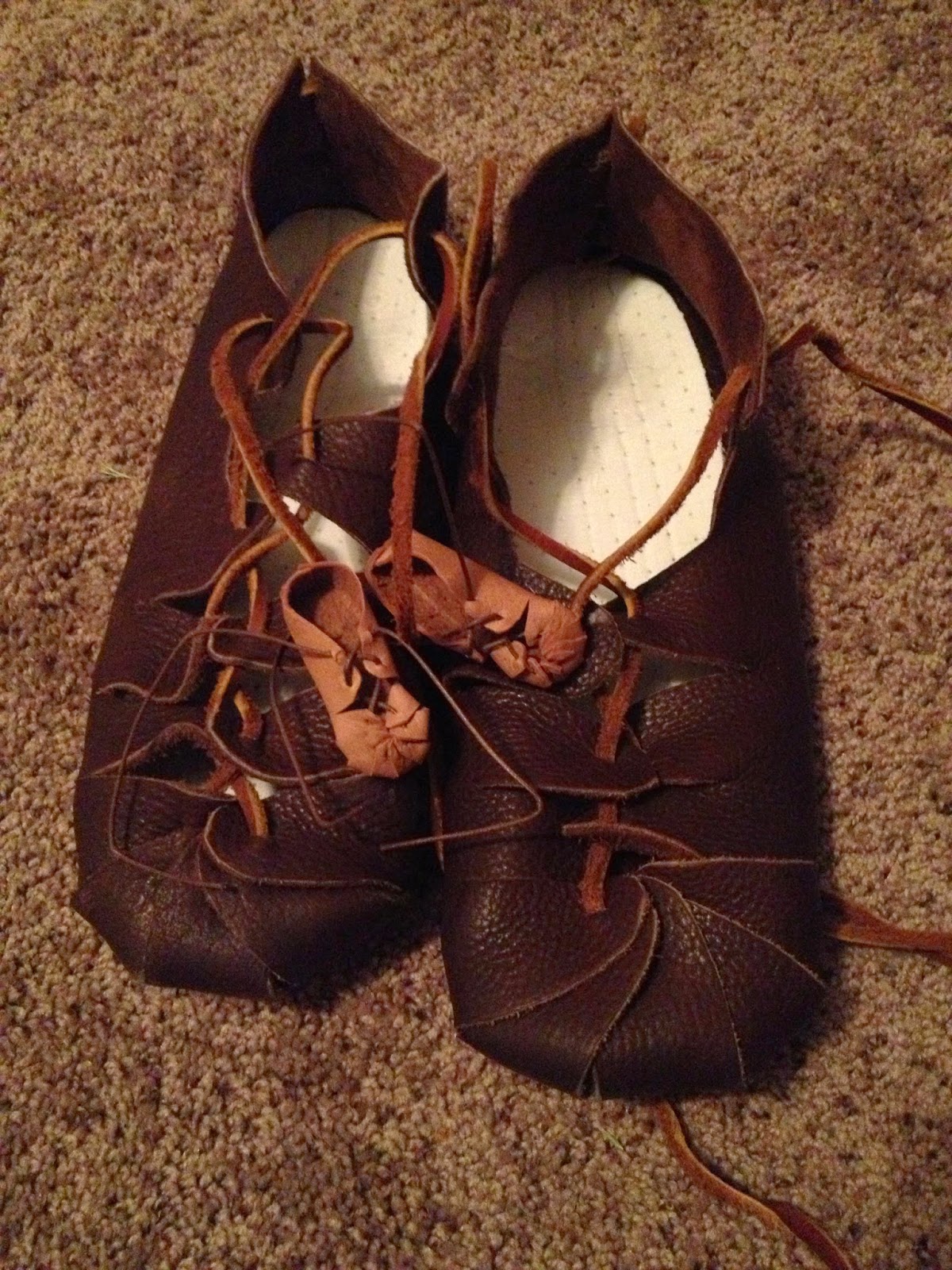 I made these shoes a few years back for my Medieval Reenactment hobby, and I wear them all the time for comfort. Since they are quite simple in structure, I opted to duplicate them for Moira to have some casual footwear. (*history soapbox* These are often called Ghillie Brogues or "bog" shoes, and are a very simple shoe of a type worn in many parts of Northwestern Europe, from the early Dark Ages all the way into the mid- and even late- Medieval period.) 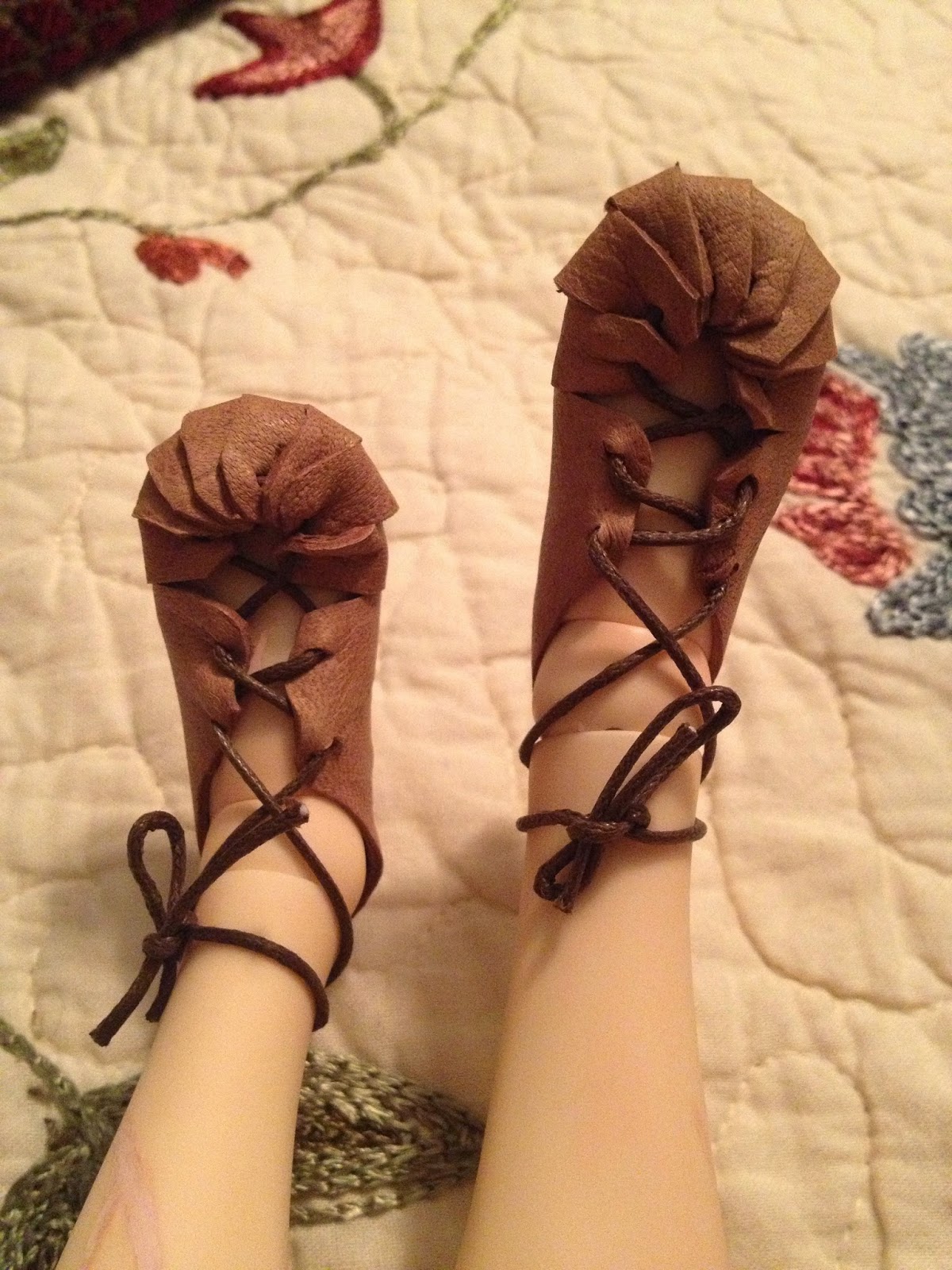 Here they are on her feet. I took Moira with me to a local Doll Fair to get her a wig and some eyes, and our matching shoes amused several people. 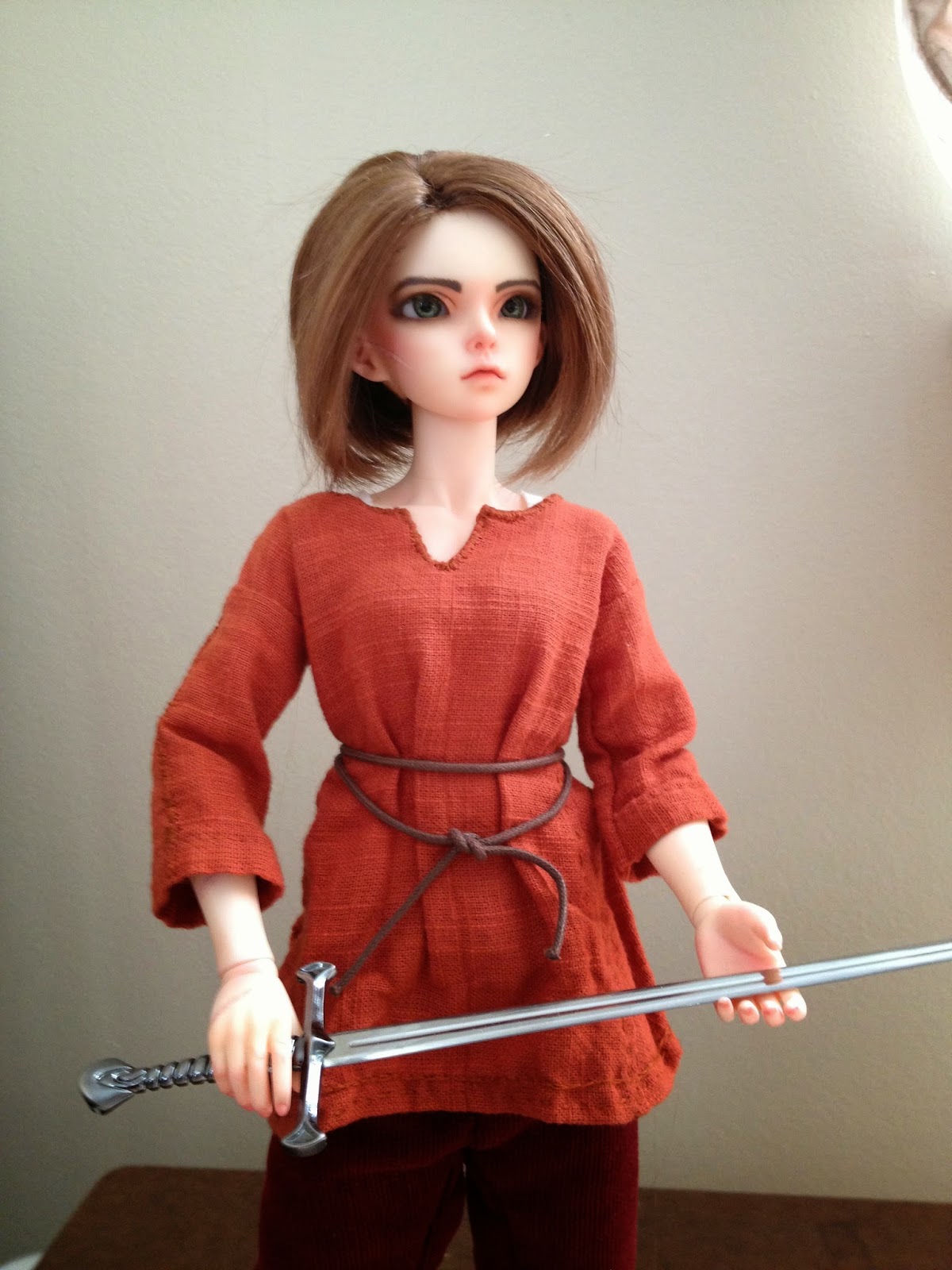 And here she is! I did not expect her to end up with this hairstyle but I tried the wig on her and it was just right. It's a Monique "Alexis", and I think it's a 6-7, snug fit. It needs some product on it to smooth flyaways but I do like it. Her eyes are glass 12mm Greens of an unknown brand, I think the dealer said something like "Anna Tina"? 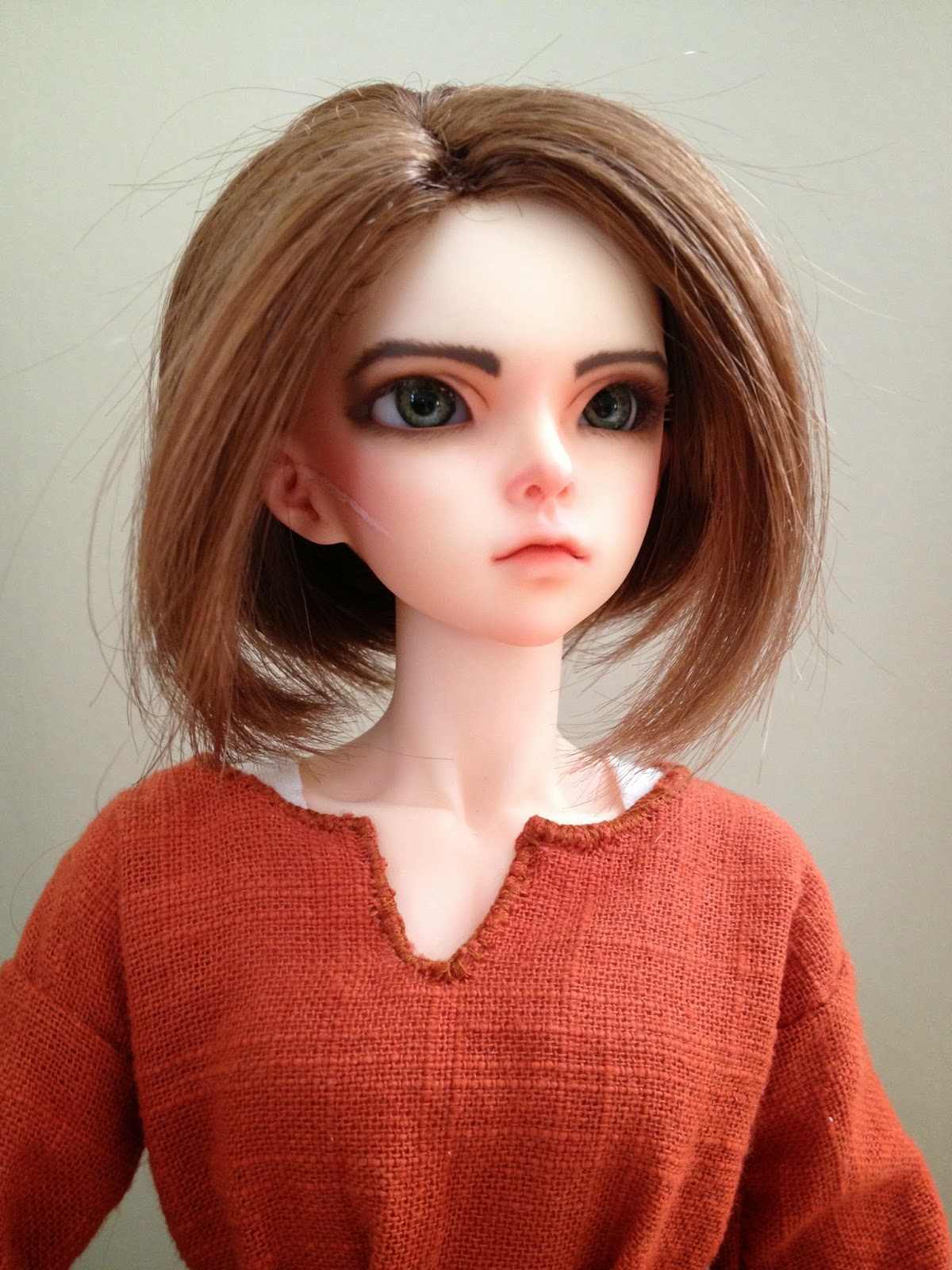 That completes her modification! Someday I'll do another Project post set when I make her some armor. 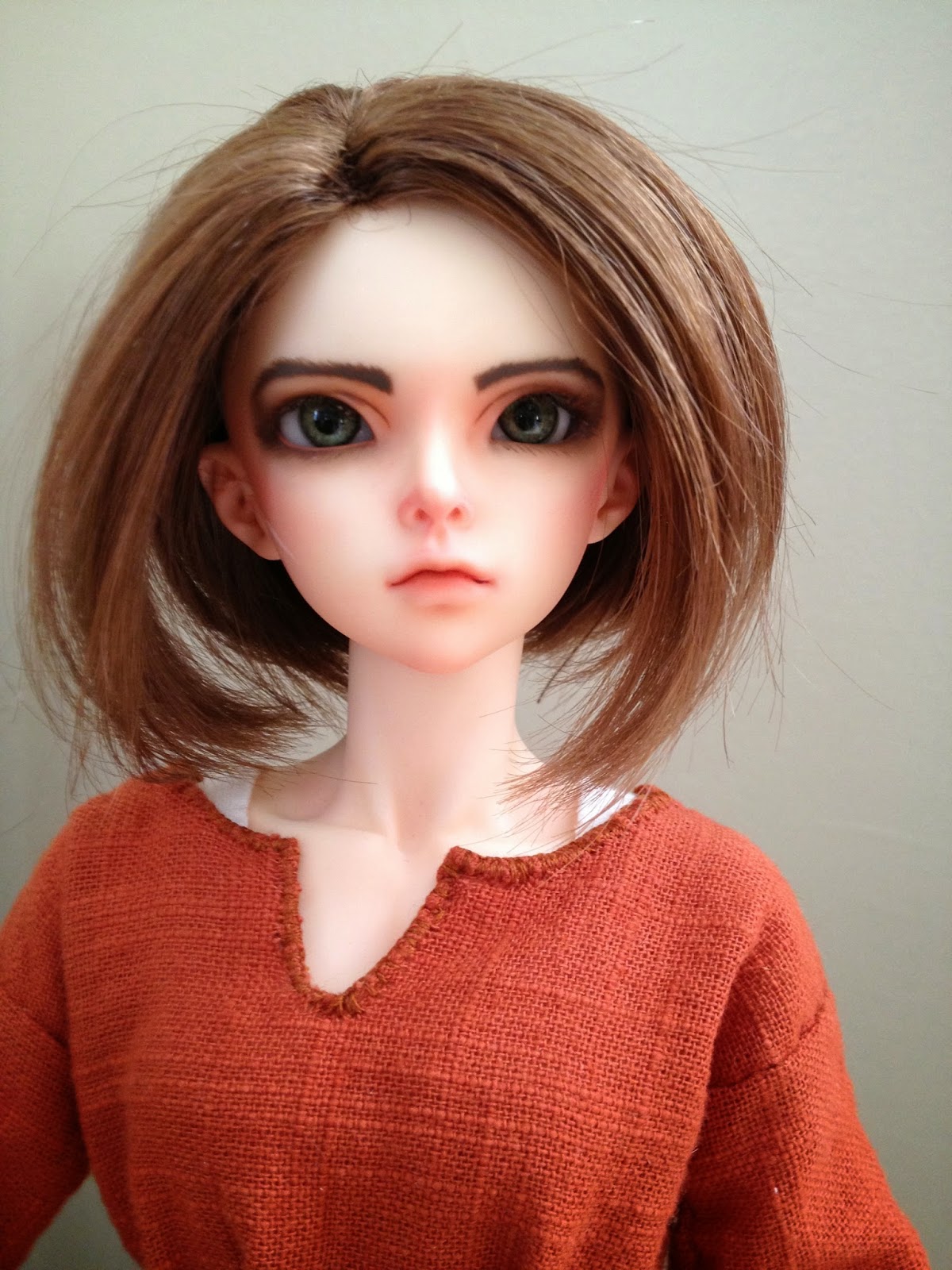 Posted by Rosslyn at 9:51 AM No comments: 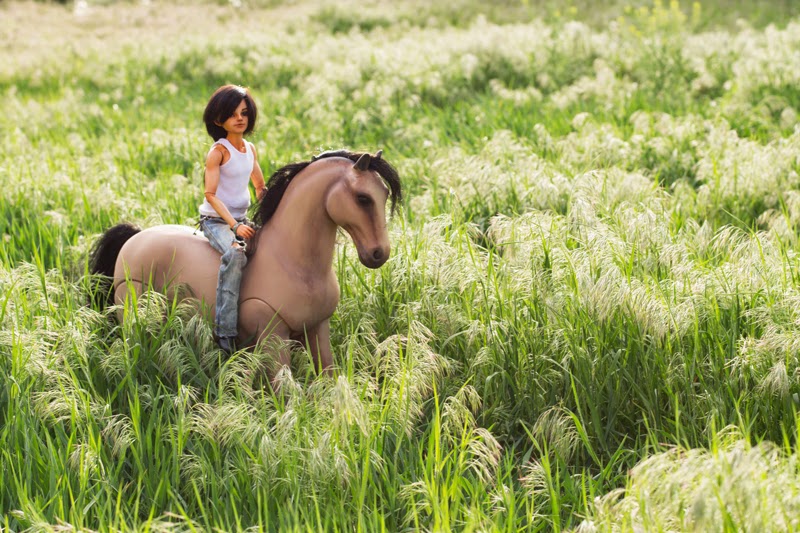 This is a repaint and re"wigged" Our Generation toy horse I have worked on, in my first attempt so far. These horses look like stocky little warmbloods or big ponies for MSDs. Someday when I get an airbrush I'll redo some of the paint, but for a brush job it's not bad. The horse will not belong to Hands, but he was the only MSD dressed to go riding so he got to do the shoot.
Posted by Rosslyn at 9:45 AM 1 comment: